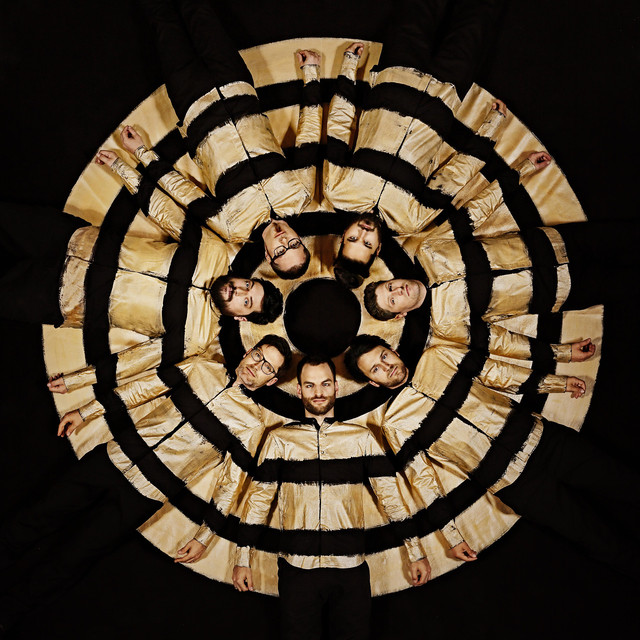 „Able to blind you into a trance and make you dance to your knees, Gris Gris twists, blisters and burns like a fevered dream! […] Shake Stew have forged a fierce reputation for sprawling sets that nod to the '60s spiritual jazz of Alice Coltrane and Pharoah Sanders undercut with Sons of Kemet's interlocking rhythmic fluidity. “ MOJO 4**** Austrian band SHAKE STEW has become something of a phenomenon. With their premiere at Jazzfestival Saalfelden 2016 and their following debut The Golden Fang they seemingly exploded into the scene out of nowhere. Since then their high energy mixture of hypnotic afrobeat and jazz grooves has made them enormously successful not only on home turf but across Europe. Led by rising star bassist Lukas Kranzelbinder they quickly became one of the hottest live acts on the circuit, while the impact of their second album Rise and Rise again (featuring Shabaka Hutchings) enabled them to spread their unique sound further afield, including stand out shows at prestigious festivals like Montreal, Rochester and North Sea Jazz Festival. Shake Stew’s unusual configuration of 2 drummers, 2 bass players and 3 horns is one of the key things that make this 7-piece band stand out. In November 2019 they released their third album Gris Gris - a double album of what they do best: A high-octane mix of fiery jazz and trance-like groove injections combined with mysterious soundscapes and spiritual free jazz eruptions.