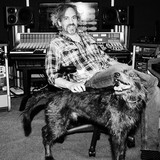 Simon Posford has been at the leading edge of electronic music creation for 30 years. Beginning his exploration of synthesised sound in the early 90s, Posford worked as an engineer at the fabled Butterfly Studios in London, programming ever-evolving forms of electro-dance and ambient music with the top musicians of the scene. As he gained international fame with his legendary solo project Hallucinogen the name Simon Posford became synonymous with the highest level of production in experimental electronic dance music. In 1996 Posford produced his first track with Raja Ram under the moniker Shpongle and their revolutionary 1998 debut album is still revered today. Shpongle has consistently broadened the spectrum of musical storytelling with their six hit albums and packed shows worldwide (their 2019 Red Rocks events sold 20k tickets in 8 minutes). Posford’s mixed-genre Younger Brother project with Benji Vaughan is another international favourite, and he has collaborated with musicians as diverse as the iconic The Alan Parsons Project (who reportedly referred to him as "a real genius" to illustrious producer Roy Baker) and Grammy-winning Youth. In quarantine in the first half of 2020, Posford produced an album of remarkable depth, ‘Flux and Contemplation: Portrait of an Artist in Isolation’. This first solo release in over 20 years shows that the visionary musician continues to reach new heights in musical innovation - and more solo and collaborative creations are in the works.