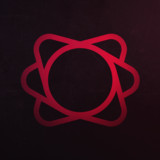 Named after a fictitious town in an imaginary multiverse somewhere in distant future, Ember Falls is a five-piece modern rock/metal act whose music is built around fiery riffs infused with pop sensibilities. Their songs run the gamut of glorious choruses and rich arrangements, iced to glistening perfection with a plethora of beautifully applicable influences including – but not limited to – djent, electro, drum 'n' bass, hip hop, Scandinavian pop and of course – due to their origins – the ever-present undercurrent of sombre yet beautiful melancholy only the Finns seem to feel. The music's emphasis is on clean vocals, but armed with two capable vocalists, Ember Falls have found the perfect equilibrium between punchy aggression and sweet melodies. It's the massive metal riffs interwoven with beautiful choruses that create the atmosphere that Ember Falls is all about: an icing of vulnerability on huge, in-your-face contemporary rock songs that in one moment can kick your teeth in with riffs and the next make you shake your booty with beats that wouldn't be out of place on a drum 'n' bass album. Breaking down all creative barriers, Ember Falls are chunky yet virtuosic; catchy yet emotive; modern yet fundamentally carved in the time-honored bedrock of metal.