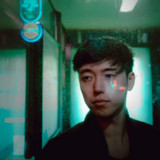 Establishing his own unique style of drum and bass music, UK born producer Andrew Hu has long been making waves in the electronic realm. His debut release arrived in the early stages of Monstercat history and landed him a spot on the 001 - Launch Week album. Feint’s success snowballed with his continued releases with Monstercat, followed by his debut release with Liquicity Records, with whom he has since formed a close relationship. Feint continued his rise in the drum and bass scene with his heavy-hitting tracks “We Won't Be Alone” and “Words” with singer and songwriter Laura Brehm, both of which peaked in the millions of plays on Spotify. Feint’s beautiful melodies, hard to beat, distinct drum and bass sound have solidified him as standout producer in the ever growing drum and bass scene. He has come a long away and he still has so much in store for his fans and the wider electronic world.<br>