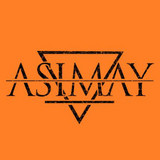 Featuring As I May

As I May is a four-piece modern melodic metal band from Mikkeli, Finland - formed in 2016. As I May consists of Tipi Nokelainen (vocals and bass); Lasse Hiltunen (vocals and guitar); Jani Valhola (backup vocals and guitars) and Leevi Räsänen (drums). The band released their debut album “Speak No Evil” in 2017, and got the attention of lots of fans and from the record label Rockshots Records, who decided to sign As I May for the release of their 2nd album “My Own Creations”, which was released in the summer of 2019. In Asia, the album was released through the label Spiritual Beast 2020 - 2021 As I May have spend the time, composing and recording their brand-new opus ”Karu” - a venture into more modern and direct in-your-face songs, which caused for UPRISING! Records to sign the band on a worldwide deal. “Karu” will be released by UPRISING! Records, in 2022. As I May has begun, gaining ground in the Finnish heavy metal scene and the aim is to move into the vast international scene with the new album. It's a mature band, displaying a truly professional attitude towards the modern sound of heavy metal. The

soul of the music