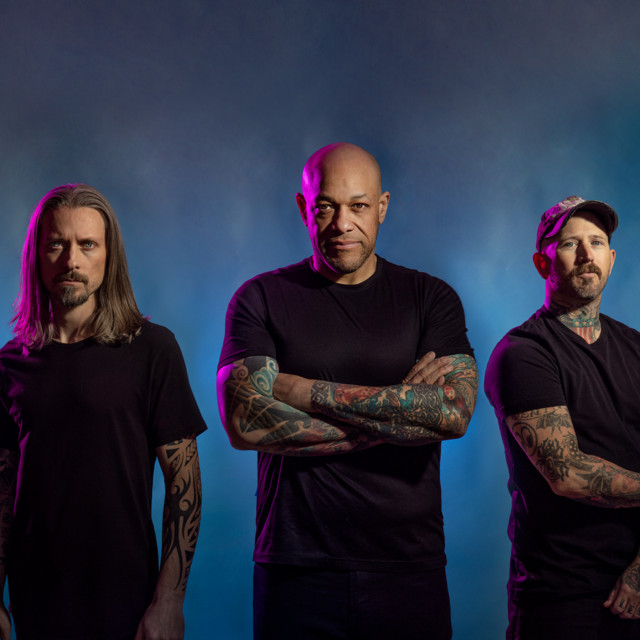 Since emerging in 2018, Light The Torch have grown stronger in lockstep together as a band and as friends. Through this growth, the Los Angeles trio—Howard Jones [vocals], Francesco Artusato [guitar], and Ryan Wombacher [bass]—only enhanced their signature sound. Upheld by head-spinning seven-string virtuosity and skyscraping melodies, the group crafted twelve no-nonsense anthems on their 2021 second full-length album, You Will Be The Death of Me [Nuclear Blast]. The group shot out of the gate as a contender on their full-length debut, Revival. It bowed at #4 on the Billboard US Independent Albums Chart and at #10 on the Hard Rock Albums Chart in addition to receiving acclaim from Revolver, Outburn, and many more. “Calm Before the Storm” racked up a staggering 14.5 million Spotify streams, while “The Safety of Disbelief” remains one of SiriusXM Octane’s all-time most requested songs. They toured North America and Europe with the likes of Trivium, Avatar, In Flames, Ice Nine Kills, Killswitch Engage and August Burns Red to name a few. The guys returned to Sparrow Sound in Glendale, CA in late 2019 to once again work with the production team of Josh Gilbert and Joseph McQueen [Bullet for My Valentine, As I Lay Dying, Suicide Silence]. This time around, they also welcomed Whitechapel’s Alex Rudinger on drums. In the end, the bond between Light The Torch burns brighter than ever in the music as they deliver a definitive statement with You Will Be The Death Of Me.