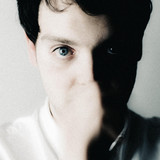 Under the name Sivu, British singer/songwriter James Page writes and records sophisticated, often darkly toned indie pop. Born in St. Ives, Cambridgeshire, Page spent his teenage years playing bass in indie and punk bands, eventually moving to London to expand his musical horizons. Influenced by pop mavericks like Björk and Beck, he had already begun to work quietly on solo material when in 2011, he crossed paths with alt-J's producer Charlie Andrew. The two struck up a friendship and began working together, recording Sivu's debut single, "Better Man Than He," which was supported by an inventive music video of Page singing the song from within an MRI machine in London's St. Bart's Hospital. His debut album, Something on High, arrived in September 2014 drawing comparisons to artists like Wild Beasts, Gotye, and alt-J, the latter of whom recruited Page for a guest spot on their 2014 album This Is All Yours. Now signed to Charlie Andrew's Square Leg Records, Sivu released his second album Sweet Sweet Silent in July 2017, a record featuring "understated but addictive choruses" according to Q Magazine.