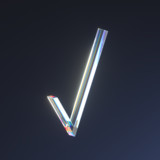 HVOB are about to release their new album: TOO  TOO takes a new direction: with their fifth studio album, electronic duo HVOB breaks with the tradition of releasing the entire album following the advance release of a number of singles. The eight tracks from TOO will be released individually and sporadically. This way, the album grows into an eventual whole over a period of six months.  The first track from the new HVOB album is "Bruise". The eighth and final track from TOO will be released to coincide with the start of the world tour in April 2022.  Tour Tickets now up for sale on hvob-music.com