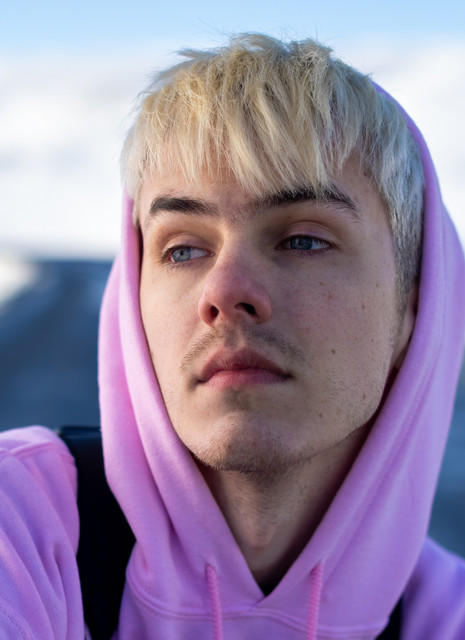 In November of 2019, Icelandic singer/songwriter Ouse collaborated with Canadian rapper Powfu on the intensely poignant “Dead Eyes.” The song became a streaming darling, cracking the 36 million mark on Spotify alone. It’s a testament to Ouse’s uncanny ability to tap into human emotions with a single lyric, galvanizing a fan base of listeners eager for more. For the last several years, Ouse has carved a lane for himself, crafting songs that hover over emo hip-hop and pop while simultaneously traveling to other sonic dimensions. It’s arguably the 19-year-old wunderkind’s superpower, and as he readies his next project, Ouse is geared to make more music that speaks to the soul. At the heart of his art, Ouse is still making music as his own form of therapy, but in doing so has managed to help the world around him. It’s now become his mission on the road to stardom. “I guess my goal is to help as many people as I can,” he advises. “When I make music that expresses how I’m feeling, I know someone out there is feeling that way too and hopefully it makes them feel less alone.”