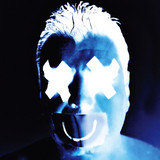 Lonely Robot is the solo project of English guitarist, vocalist, and producer John Mitchell, a virtuoso instrumentalist renowned for his work in numerous neo-prog bands such as It Bites, Arena, the Urbane, Kino, and Frost*. Mitchell began work in 2014 on what he envisioned as a trilogy of albums centered on the concepts of alienation and isolation. Inviting a stellar cast of collaborators from a personal wish list -- including Nik Kershaw, Marillion's Steve Hogarth, Go West's Peter Cox, and Mostly Autumn's Heather Findlay -- he blasted out the project's first album, Please Come Home, in just two months. Deftly balancing darker, heavier prog with lighter, melodic pop elements, it was released by Inside Out in early 2015. Mitchell spent most of the next two years recording and touring with Arena and Frost* before heading back into the studio to record the second installment of the Lonely Robot story, now backed by a full band of drummer Craig Blundell, bassist Steve Vantsis, and keyboardist Liam Holmes. Released in 2017, The Big Dream continued the core conceptual story line from the first album, but with a lighter, earthier, slightly more psychedelic tone. Their third record, Under Stars, wrapped up what the fans refer to as The Astronaut Trilogy, making way for a thematic shift on their fourth full-length, Feelings Are Good, which featured a more personal approach to Mitchell's songwriting. ~ John D. Buchanan, Rovi