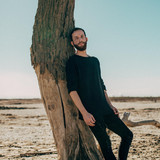 Melding together elements of electronica, smooth indie R&B, and lush synth pop, Seattle native Jaymes Young emerged to buzz in early 2013 with his EP Dark Star. He gained further attention with his 2017 full-length Feel Something. Young was born James McFarland in 1991 in Seattle, Washington. He was encouraged to explore music from a young age and by his teens was playing guitar and writing songs. After high school, he spent time as a member of the Seattle-based indie rock outfit Corner State, before eventually moving to Los Angeles. There, he adopted the stage name Jaymes Young and scored a deal with Atlantic, making his 2013 debut with the EP Dark Star. He was quickly sent out on a major tour with London Grammar before returning with a follow-up EP, Habits of My Heart, in 2014. That year also brought a collaboration with David Guetta and Birdy on Guetta's track "I'll Keep Loving You." He and singer Phoebe Ryan offered their own collaborative single, "We Won't," the following year. Young returned in early 2017 with a pair of soulful singles, "Stoned on You" and "Feel Something." The latter provided the title for his first full-length album, which appeared in June of that year. Also included on the album was the gold-certified song "I'll Be Good." In 2018, he joined PVRIS and Marian Hill on the song "Same Soul." A stand-alone single, "Spaces," arrived in October 2020. ~ Timothy Monger, Rovi