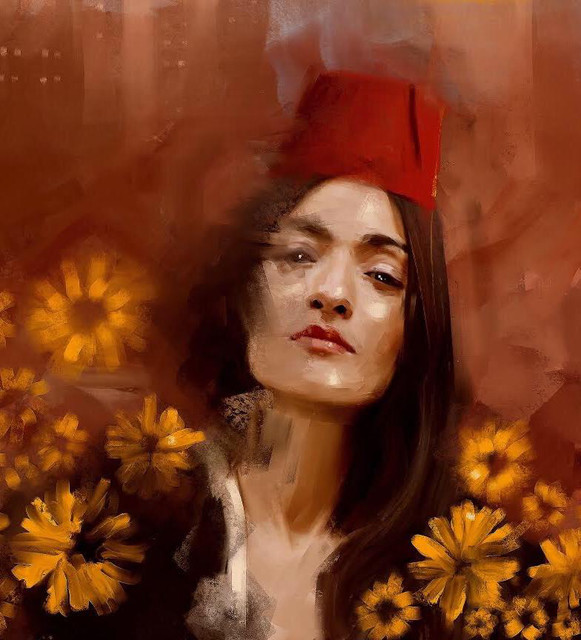 Hindi Zahra is a Moroccan singer, songwriter, musician, painter and actress. Born in 1979 in Khouribga, in southern Morocco. Coming from a Berber family, she grew up to the sound of the big voices of raï and châabi, as well as Moroccan rock and roll, traditional melodies, and Sahelian blues. To this can be added a little African folk, groove and reggae. The singer whose name means both “flower” and “chance” cannot escape a passion for musical styles in all their diversity. With a university degree in her pocket, small jobs proliferated. She became a chorus member first in hip-hop and then on the Paris alternative scene. She learned the trade, refined her tastes and created a world all her own. In 2005, she wrote Oursoul (which can be translated as “Our spirit” or “Never again”) dealing with arranged marriages. This song triggered a long list of pieces, including Beautiful Tango, which quickly went all over the Internet and was picked up by The Wire, the cultural monthly magazine of reference in Britain. Beautiful Tango, a ballad that is a touch nostalgic, a hymn to love with a gentle melody, carried by the warm and unique voice of Hindi Zahra, is the leading song on her first album. She took the time to go over this opus carefully, writing texts, composing the music, and arranging the pieces herself. The final result is a tasty blend of folk, soul, blues and jazz with a few oriental and Gypsy accents, a mixture listened to gently, in no hurry, taking the time to enjoy it.