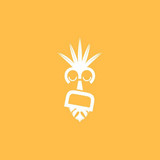 MadD3E truly is a man of many talents. Born and raised in Italy’s capitol Rome, music and technology has had an immense influence on his life. If he’s not enjoying time with his synthesizers, he tends to keep track of developments in the world of computers. His remix of fellow Roman artist BVRGER "The Cool Kids" can be seen as MadD3E’s first outing to a bigger crowd, consequently flowing into releases on renowned independent labels such as Zen Supremacy, Darker Than Wax, BLVNT Records and Voyage Funktastique.

A frequent traveller to London, MadD3E names the English capitol and its people as one of his biggest influences. His early 2020 EP “Skiddles“ features UK-based talents Juvenal Maze, Bluesforthehorn and Jodie Abacus and was followed by his collaboration "Would You" with fellow Roman BVRGER in June of the same year. In November he released his EP "DFUNK" which caters to the popping and dancing community across the globe, which shares an equal love and appreciation for MadD3E’s music. His passion also spills over to DJing, mix and master engineering and sound design. He DJ'd at Germany’s biggest Hip Hop festival, the splash! Festival, two years in a row (2018 and 2019), recently was awarded a gold record for mastering Il Tre’s "Cracovia, Pt. 3" and won an One Reeler Award for Excellence + Best Music in 2018 for his sound design in Gianluca Manzetti’s short film “A Friend In Me”.