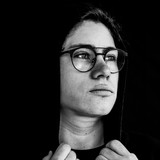 SUNZZ has played at the most important clubs in Mexico City, such as Boombox, Phoenix, Trust, Apotheke, Veronna Santa Fe, Bandasha and more. He has also appeared in renowned clubs un Cancun, and in the beach lounge during #springbreak2018.   In August 2018 he had a very important participation with his duo "Project Dogma" at the Billboard Latin Music Showcase at the Palacio de los Deportes. It was a total success.   An important step in his career was to be a part of the line-up of Ultra Music Festival Mexico, 2018 Edition. He started 2019 with an interview and a show at the best electronic music radio station in Mexico City, "Beat 100 FM", playing live for the whole world. In August 2019 he played at Water Castle San Luis Potosi alongside Deorro and many others. February 2019 he played at EDC Mexico - on Wasteland's stage at the Autódromo Hermanos Rodríguez.