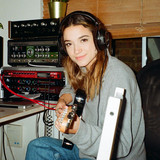 Dutch Mustard is an Alt - Rock Project of Musical Artist Sarah-Jayne Riedel, based in London. The musical style is influenced by Dream pop, Grunge, Shoe-gaze, Psychedelic and Alternative Rock.   Over the last two years the band have been playing at some of London's most loved venues which Include The Old Blue Last, Camden Assembly, The Sebright Arms and more. During this time they put together their first few single "Weeping Willow". DM did their first UK Tour in November 2019, some of the Cities include Liverpool, Manchester and Brighton.

They are are currently experimenting with new material, and are planning to release new music in 2021.