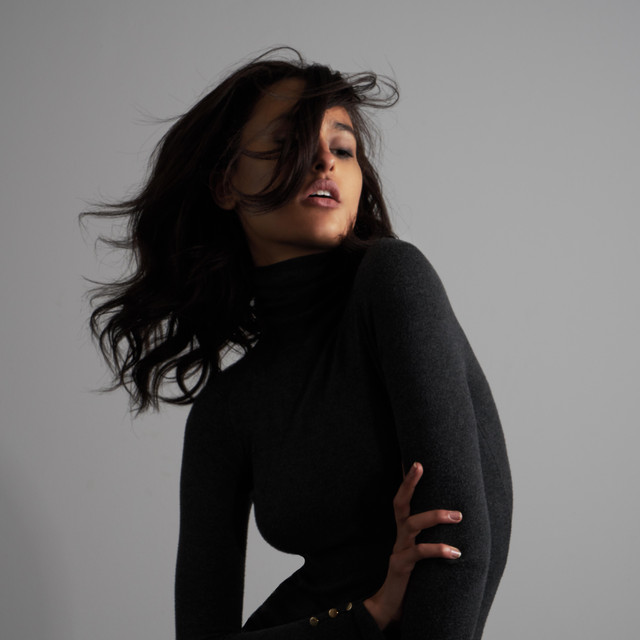 Jasmin Abraha was born in Baden-Baden and developed a big passion for music early on. “Not a day went by without music being played at home – mostly hip hop and R&B. My mom and I always danced and sang together, we loved feeling the groove,” she explains. “Music didn’t just make me feel better; through it, I also felt understood. I used to be very introverted and shy, but music helped me break free from that.” When Jasmin saw the video to “Upgrade You” by Beyoncé at the age of 12, she knew this was exactly what she wanted to be doing one day. Since then, Jasmin has been giving it her all, in order to make this dream come true. At the age of 16, she moved to Milan all by herself – her second home, where her aunt lived. There, she worked as a model, as a way to get her foot in the door of the entertainment world. She has since modeled for Vogue Italy and brands like Azzedine Alaïa, Alexander McQueen, Miu Miu, Dolce and Gabbana, Fendi, Chanel, Dior, Kenzo, and Sisley, and travelled the world. Through it all, she never lost sight of music. Jasmin is full of confidence and power, but at the same time down to earth and approachable. That’s something that also comes across in her music. Inspired by artists like Rihanna, Christina Aguilera, Gwen Stefanie, and Ariana Grande, she has found her very own style: sophisticated pop with a dash of electro, melodic harmonies and her exceptional voice.