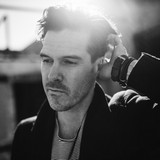 Over the course of his career, Trent Dabbs has written a lot of songs. Whether you know his name or not, there's a very good chance you've heard and know some of the songs Dabbs has written or co-written with others. The Nashville-based songwriter's credits include "High Horse," by Kacey Musgraves, Top 40 hit "Girls Chase Boys" by Ingrid Michaelson, and the new single "Deep Water" by American Authors. Since 2004, Dabbs has released 10 solo albums, and is about to release album number 11, Positano, on November 16. His songs have been performed by COIN, Matt Simons, Ashley Monroe, Joy Williams, Natalie Hemby, and others. With his wife, Kristen, he co-owns his label Ready Set Records and co-founded Nashville's Ten Out of Tenn, a touring and performing collective of singer-songwriters in 2005. Dabbs also records and tours with Amy Stroup as Sugar + The Hi-Lows. Check out this playlist for all of the songs Trent has co-written https://open.spotify.com/user/trentdabbs/playlist/0ozwBRxI6NrAuyNNIOzPMM?si=0GJjiWHRSEyVKu1LhgzxIw