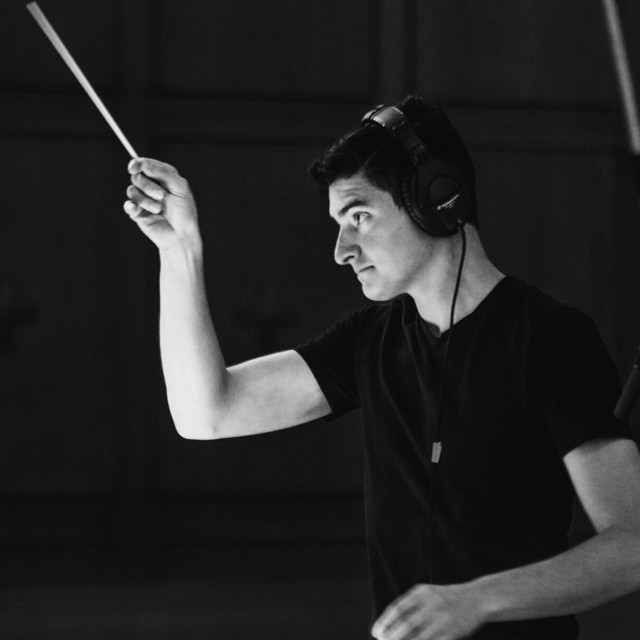 Jarryd Elias is a Los Angeles-based composer and orchestrator, whose priority is to support and elevate every project he is a part of. Being versatile in a plethora of musical styles allows him to collaborate and create music that heightens the experience for anyone watching or listening. Originally from Detroit, Michigan, Jarryd's journey began as a percussionist playing in a multitude of settings, ranging from classical symphonic to rock and jazz. He continued his percussion training at the Eastman School of Music (2015), studying under world-renown Michael Burritt. Soon after, Jarryd's interests were drawn towards composition for screen, traveling to Seattle for his Masters in Film Scoring at the Pacific Northwest Film Scoring Program (2017), studying under two-time Emmy winner Dr. Hummie Mann. Jarryd has received critical acclaim from around the world, where both his film scores and concert works have been highly awarded. His scores for ROLLING ACROSS AMERICA and ENCHANTED, LLC received nods for a Jerry Goldsmith Soundtrack Award and an International Sound and Film Music Award.

For concert, "The Rain Maker: Suite for Orchestra" was given the Luminosity Orchestra's Young Composers award, and his percussion compositions are performed regularly world-wide. “Hero's Journey” (Solo Timpani and electronic playback), being the most famous, is a recurring repertoire option for the Italy Percussive Arts Society Timpani competition.