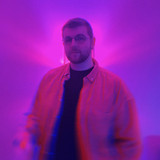 23-year-old Bournemouth based Pop Singer-Songwriter JakeTheFirst pours a rich, resonant and dynamic sound into his music. Inspired by modern pop artists like Demi Lovato, Alessia Cara, Troye Sivan and Sabrina Carpenter, Jake’s music gives a new stimulating take on steady and ambient pop. Starting at the age of 17 by uploading covers onto Soundcloud, Jake developed to discovering his love of songwriting, which continues today with the cultivation of his music and storytelling through lyrics and production. Jake started his degree in Music Production at Bournemouth University, where he learned how to self-produce and went on to attract an entirely new audience, hitting 300,000 streams collectively and his song ‘Headspace’ was featured on BBC Introducing as part of the BBC Introducing Live specialist event in 2018.

With a colourful discography of 2 EP’s and a multitude of single releases already under his belt, Jake has gone on to develop his first full-length album which was released in mid-2020. With his EP ‘Nice’ released in 2019 features styles inspired by multiple female pop vocalists whose voices compliment the accompanying sound and these carry through Jake’s music. During the time between 2017 and 2020, Jake’s music speaks to the labour of love that he has sustained and matured whilst going through university and reflecting on his inner monologue, which was heavily influenced by the quick-paced evolution of modern popular music.