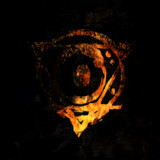 Underwing is the intense interaction between groovy rhythms, melancholic moods, hard-hitting hooks and the commanding vocals of Enyeto Kotori. By taking inspiration from genres such as prog, stoner and grunge, the band has made a unique musical expression. In short: If Black Sabbath and Alice In Chains had a lovechild that was adopted by TOOL, who coincidentally lived next door to Soundgarden and Motorpsycho, the result would be Underwing. The band’s debut EP, “Kaela Upsweep”, was released on 20.05.2017 and received critical acclaim from both national and international music press, such as Moshville Times, NRK Sørlandet, Heavymetal.no, Scream Magazine, Norway Rock Magazine and The Wilhelmsens. The main single from the EP, "Sunless Seed", has been streamed over 200 000 times on Spotify. In November 2018, the band released their next single, “Where Gods Conspire”, which quickly garnered critical acclaim. Underwing started 2019 on a high note with the release of “The Hoof”. They released Spirals in June 2019, their first ever vinyl, followed by a tour taking them to even wider reaches of Norway. Today Underwing are operating actively across multiple platforms, and have begun the journey that is the Underswing Sessions, which is a semi-stripped down rendition of their own songs. It’s stylistically more in the acoustic/swing type of soundscape, hence the pun. This lets the band perform on venues/festivals where "Underwing" would be too hard, so they sneak in as Underswing.