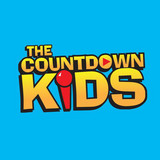 The Countdown Kids are one of the most successful children’s music projects of all time with hundreds of recordings of the most popular children’s songs in various languages. The Countdown Kids are a group of young artists who sing everything from nursery rhymes to silly songs, Christmas carols and Halloween favorites, today’s pop hits, Christian and Bible songs, Disco, Rock N Roll and the list goes on and on. New generations of young singers have performed with the group since the late 90s and they have released over 100 albums as The Countdown Kids! They have also regularly hit the official Billboard Kids Charts with two No. 1 albums and ten Top 10 Hits including "50 Fun Songs For Kids“, which lasted an incredible 156 weeks on the charts! Follow The Countdown Kids on Spotify where you can find all sorts of fun-filled, themed albums and playlists! Find The Countdown Kids also on YouTube: https://countdown.lnk.to/Kids-YouTube! The Countdown Kids is a brand owned and distributed by Countdown Media, a BMG company.