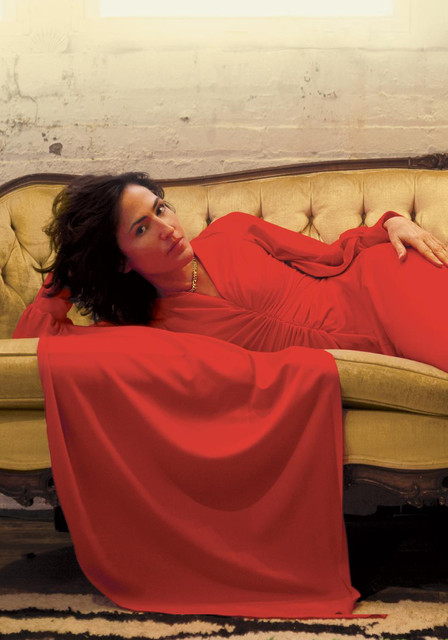 Using "beauty is the new punk rock" as her credo, Joan Wasser took center stage as Joan as Police Woman after years of being a supporting player and collaborator. Wasser's project blends two of the most profound influences on her music: the classic soul of legends such as Al Green and Nina Simone, and experimental underground acts ranging from Sonic Youth to Bad Brains. With her gorgeously heartfelt 2006 debut album, Real Life, she established herself as a singer/songwriter capable of a rare combination of vulnerability and sophistication. She maintained that reputation even as she added new dimensions to her music with each album, whether it was the jazz leanings of 2011's The Deep Field, the celebration of vintage soul on 2014's The Classic, or the blend of traditional and avant-garde sounds on 2018's Damned Devotion. An adopted child, Wasser began playing piano at age six and playing violin at age eight while attending grade school in Norwalk, Connecticut. At Boston University, she studied violin with Yuri Mazurkevich and also played with the Boston University Symphony Orchestra. She expanded her horizons to rock with local acts including Hot Trix (which featured Autoclave member and Helium founder Mary Timony) and the Dambuilders, who went on to national success. In 1995, the band appeared on that year's Lollapalooza tour in support of their album Ruby Red; on 1997's Against the Stars, Wasser co-wrote a number of songs. During this time, Wasser also played with Timony and Shudder to Think's Nathan Larson in Mind Science of the Mind, who released their self-titled album in 1996. The following year, the Dambuilders disbanded and Wasser's boyfriend, Jeff Buckley, accidentally drowned in Memphis, Tennessee. Following Buckley's death, Wasser persevered. Along with working as a violinist for hire with artists as diverse as Sheryl Crow, Rufus Wainwright, and Hal Willner, she collaborated with the Grifters' Dave Shouse and Buckley's former guitarist Michael Tighe in Those Bastard Souls on 1999's Debt & Departure, a tribute to Buckley. Wasser, Tighe, and other members of Buckley's former band began working as Black Beetle, a group that allowed her to be the frontwoman and the main songwriter of a band for the first time. After recording an unreleased self-titled album, Black Beetle folded in 2002. That year, Wasser formed Joan as Police Woman. The band released their first single, "My Gurl," early in 2003, which they followed with the Joan as Police Woman EP in 2004. Late the following year, Joan as Police Woman signed to the British label Reveal, which issued their full-length debut, Real Life, in June 2006. The album was released in the U.S. a year later. Following a collaboration with Steve Jansen on his 2007 album Slope, Wasser released Joan as Police Woman's second album, To Survive, which addressed her mother's death and featured a cameo by Rufus Wainwright, in 2008. The next year saw the arrival of Cover, a collection of reinterpretations of songs by artists including Jimi Hendrix, Britney Spears, and Sonic Youth that was available at Joan as Police Woman's shows and on the band's website. To make Joan as Police Woman's third album, Wasser reunited with Real Life co-producer Bryce Goggin and took a more upbeat approach. The results were The Deep Field, which appeared in 2011. She then accompanied Beck at his 2012 London concert in support of Song Reader and wrote runway music for the fashion house Viktor & Rolf. In addition to making the joyous homage to vintage soul of her fourth album, The Classic, in 2014 Wasser collaborated with Bell X1's Paul Noonan on his side project the Printer Clips and produced the Scottish folk band Lau's album The Bell That Never Rang. The following year, Wasser joined Placebo for their MTV Unplugged performance and debuted 2001, her project with Brooklyn multi-instrumentalist Benjamin Lazar Davis, with the single "Broke Me in Two." After bonding with Davis over their trips to Africa -- Wasser traveled to Ethiopia to work on Damon Albarn's Africa Express project, while Davis went to West Africa to study the region's traditional music -- the pair drew on Central African Republic Pygmy musical patterns, which they played on guitar and keyboards, for 2016's Let It Be You. In 2017, Wasser performed with Daniel Johnston on a date of his final tour. The next year, she released Damned Devotion, a return to the stripped-down sound of Real Life and To Survive. The retrospective Joanthology, which included a Live at the BBC performance as well as previously unreleased tracks, appeared in May 2019. A year later, she returned with Cover Two, another set of interpretations of songs by Gil Scott-Heron, the Strokes, and Prince among others. ~ Heather Phares, Rovi