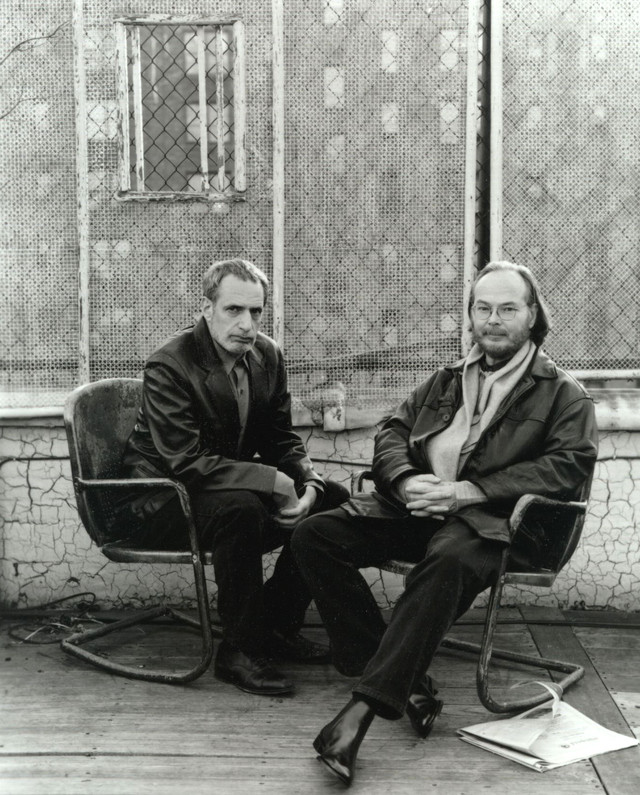 Most rock & roll bands are a tightly wound unit that developed their music through years of playing in garages and clubs around their hometown. Steely Dan never subscribed to that aesthetic. As the vehicle for the songwriting of Walter Becker and Donald Fagen, Steely Dan defied all rock & roll conventions. Becker and Fagen never truly enjoyed rock -- with their ironic humor and cryptic lyrics, their eclectic body of work shows some debt to Bob Dylan -- preferring jazz, traditional pop, blues, and R&B. Steely Dan created a sophisticated, distinctive sound with accessible melodic hooks, complex harmonies and time signatures, and a devotion to the recording studio. With producer Gary Katz, Becker and Fagen gradually changed Steely Dan from a performing band to a studio project, hiring professional musicians to record their compositions. Though the band didn't perform live between 1974 and 1993, Steely Dan's popularity continued to grow throughout the '70s, as their albums became critical favorites and their singles became staples of AOR and pop radio stations. Even after the group disbanded in the early '80s, their records retained a cult following, as proven by the massive success of their unlikely return to the stage in the early '90s. Walter Becker (bass) and Donald Fagen (vocals, keyboards) were the core members of Steely Dan throughout its variety of incarnations. The two met at Bard College in New York in 1967 and began playing in bands together shortly afterward. The duo played in a number of groups -- including the Bad Rock Group, which featured future comedic actor Chevy Chase on drums -- which ranged from jazz to progressive rock. Eventually, Becker and Fagen began composing songs together, hoping to become professional songwriters in the tradition of the Brill Building. In 1970, the pair joined Jay & the Americans' backing band, performing under pseudonyms; Becker chose Gustav Mahler, while Fagen used Tristan Fabriani. They stayed with Jay & the Americans until halfway through 1971, when they recorded the soundtrack for the low-budget film You Gotta Walk It Like You Talk It, which was produced by the Americans' Kenny Vance. Following the recording of the soundtrack, Becker and Fagen attempted to start a band with Denny Dias, but the venture was unsuccessful. Barbra Streisand recorded the Fagen/Becker composition "I Mean to Shine" on her album Barbra Joan Streisand, released in August 1971, and the duo met producer Gary Katz, who hired them as staff songwriters for ABC/Dunhill in Los Angeles, where he had just become a staff producer. Katz suggested that Becker and Fagen form a band as a way to record their songs, and Steely Dan -- who took their name from a dildo in William Burroughs' Naked Lunch -- were formed shortly afterward. Recruiting guitarists Denny Dias and Jeff "Skunk" Baxter, drummer Jim Hodder, and keyboardist/vocalist David Palmer, Becker and Fagen officially formed Steely Dan in 1972, releasing their debut, Can't Buy a Thrill, shortly afterward. Palmer and Fagen shared lead vocals on the album, but the record's two hit singles -- the Top Ten "Do It Again" and "Reeling in the Years" -- were sung by Fagen. Can't Buy a Thrill was a critical and commercial success, but its supporting tour was a disaster, hampered by an under-rehearsed band and unappreciative audiences. Palmer left the band following the tour. Countdown to Ecstasy, released in 1973, was a critical hit, but it failed to generate a hit single, even though the band supported it with a tour. Steely Dan replaced Hodder with Jeff Porcaro and added keyboardist/backup vocalist Michael McDonald prior to recording their third album, Pretzel Logic. Released in the spring of 1974, Pretzel Logic returned Steely Dan to the Top Ten on the strength of the single "Rikki Don't Lose That Number." After completing the supporting tour for Pretzel Logic, Becker and Fagen decided to retire from live performances and make Steely Dan a studio-based band. For their next album, 1975's Katy Lied, the duo hired a variety of studio musicians -- including Dias, Porcaro, guitarist Elliot Randall, saxophonists Phil Woods, bassist Wilton Felder, percussionist Victor Feldman, keyboardist Michael Omartian, and guitarist Larry Carlton -- as supporting musicians. Katy Lied was another hit, as was 1976's The Royal Scam, which continued in the vein of its predecessor. On 1977's Aja, Steely Dan's sound became more polished and jazzy, as they hired jazz fusion artists like Wayne Shorter, Lee Ritenour, and the Crusaders as support. Aja became their biggest hit, reaching the Top Five within three weeks of release and becoming one of the first albums to be certified platinum. Aja also gained the respect of many jazz musicians, as evidenced by Woody Herman recording an album of Becker/Fagen songs in 1978. Following the release of Aja, ABC was bought out by MCA Records, resulting in a contractual dispute with the label that delayed until 1980 the release of their follow-up album. During the interim, the group had a hit with the theme song for the film FM in 1978. Steely Dan finally released Gaucho, the follow-up to Aja, in late 1980, and it became another Top Ten hit for the group. During the summer of 1981, Becker and Fagen announced that they were parting ways. The following year, Fagen released his solo debut, The Nightfly, which became a critical and commercial hit. Fagen didn't record another album until 1993, when he reunited with Becker, who produced Kamakiriad. The album was promoted by the first Steely Dan tour in nearly 20 years, and while the record failed to sell, the concerts were very popular. In 1994, Becker released his solo debut, 11 Tracks of Whack, which was produced by Fagen. The following year, Steely Dan mounted another reunion tour, and in early 2000 the duo issued Two Against Nature, their first new studio album in two decades. It won the Grammy Award for Album of the Year. Steely Dan followed it in 2003 with Everything Must Go. Fagen's solo album Morph the Cat was released in 2006, and Becker released Circus Money in 2008 as Steely Dan embarked on another tour. In September 2017, it was announced that Becker had died in Maui, Hawaii. He was 67 years old. ~ Stephen Thomas Erlewine, Rovi