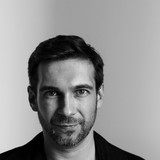 Ukrainian writer-producer Aleksander Khimchuk is the man behind the Estradarada project that has been generating millions of audio streams globally, and over 100 million YouTube plays alone for his stand-out 2017 smash “Vitya Must Get Out”. «They say ‘Vitya’ became the soundtrack to contemporary Russia,» laughs Aleksander, «and a writer can’t receive a better compliment than that.