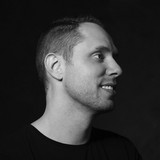 Electronic Music Producer/ DJ - J SWINK is a proven integral player in the Washington D.C. club scene. With over 16 consecutive years of performance under his belt he is known as a master of both reading & rocking the crowd. His sets usually cross multiple genres from Techno all the way to Deep House creating a unique musical experience. After listening to him play you will understand that J SWINK truly has his own style. He has shared the decks with the likes of Dubfire, Victor Calderone, Carlo Lio, Eric Morillo, Green Velvet, Christian Smith, Julian Jeweil, Layton Giordani, Will Clarke, Jerome Isma-Ae, James Zabiela and many more. J SWINK has aired multiple times on Ibiza Live Radio with one of the shows being a live mix in the studio in Playa d’en Bossa, Ibiza. His commitment to a full-time music production schedule has built a solid upcoming release schedule, with remix requests from several international artists. In less than two years J SWINK has had 4 Top Ten Overall releases with two of those releases reaching #1 in Techno. His productions have been premiered on Data Transmission, Complex UK, Electronic Groove, 8 Day Montreal and many more. You can continue to count on original chart topping productions from J SWINK.