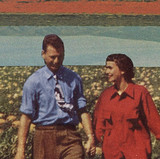 Inspired by artists such as J DillaFlying Lotus and Madlib Handbook began producing music in his bedroom in 2010, working solely with an MPC1000 and a MicroKorg. He began to build a following after sharing his music on Soundcloud and in late 2010, Handbook released his debut EP on Grappa Frisbee Records, the first in a string of successful albums and EPs - notably All The Time, Titanomachy and Botanicals. Handbook's signature sound comprises of soulful samples, thick bass lines and layered instrumental flourishes. Regular collaborators include Supreme Sol, RKZ, Jetpack Jones and many more talented individuals.