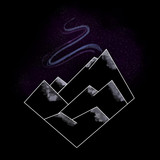 The Hiking Club is a genre-defying band based out of Baltimore, MD. There is something for everybody in the depths of their musical library. The band is influenced by alternative rock, swing, classic rock, metal, jazz, and etcetera. The band seeks to write and play what they enjoy, rather than be defined by one genre. The Hiking Club was created by Colton Ridgely (guitar/vocals) and Timothy Persaud (drums) in 2018. The two went through many different bassists and singers before Lindsey Szczybor (bass) and Sam Boelens (vocals) were permanently added to the band in 2019. Throughout the second half of 2019, the band worked on recording and producing their first EP, Prologue, with Clay Neal (Nightfall Studios, guitarist for Arcanon) and Mobtown Studios. Prologue was released February 1, 2020. The band is now writing and recording new material for their debut album.