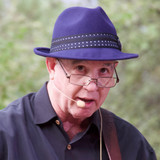 Dan is a local performing artisan at many Arizona community events and a longtime songwriter. The perfect complement to music is…wine tasting! Dan and his wife take adventures in wine tasting in California when schedules allow. Dan’s musical achievements include: • Wrote first song and started his first band at the age 12. • Had a song placement in the MTV hit series “Awkward.” • Dan’s indie artist CD, “This State of Mind”, was distributed throughout the Gulf Coast and used as the backing for Florida’s Plumlee Beach Realty mobile app.