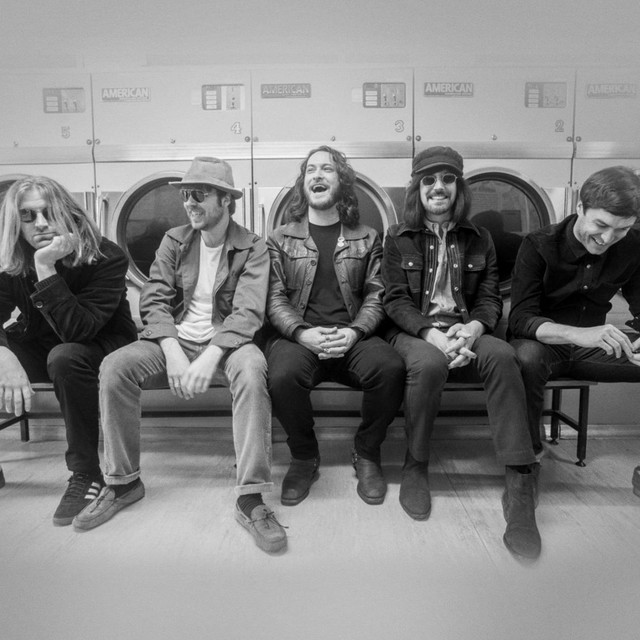 Since their debut in the early 2000s, the Coral proved to be one of the most consistent bands in the U.K. retro-rock scene thanks to their knack for crafting sneakily good hooks, the jangling interplay of the guitars, and James Skelly's powerful vocals. Their rambunctious sound deftly mixes together elements of '60s garage rock, psychedelic pop, and folk-rock, spicing it with bits of Merseybeat, Motown, vintage blues, and even sea shanties. The band's 2002 self-titled debut album topped the U.K. charts, and even as their sound changed over the years, taking detours to spooky folk on 2004's Nightfreak and the Sons of Becker, stripped-down indie pop on 2005's Portishead-produced The Invisible Invasion, and expansively heavy '70s rock on 2016's Distance Inbetween, they stayed popular and influential.

Hailing from Hoylake, a town on the Wirral Peninsula just across the River Mersey from Liverpool, the band was formed in 1996 by school friends vocalist/guitarist James Skelly, guitarist Bill Ryder-Jones, drummer Ian Skelly, and bassist Paul Duffy, and were soon joined by another guitarist, Lee Southall. After a couple years of rehearsing and playing shows, they added keyboardist Nick Power to the lineup. Their vintage sound and mysterious songs piqued the interest of former Shack drummer Alan Willis, who launched the Deltasonic label specifically to release the Coral's music, beginning with a 2001 single and a pair of EPs that led up to their breakthrough 2002 self-titled debut LP. The album was an immediate success, reaching number five on the U.K. charts and garnering a Mercury Prize nomination the day after its release. Though the next year was filled with a hectic touring schedule, they were able to quickly write a batch of songs and headed to the studio with producer Ian Broudie, who had worked with one of the band's touchstones, Echo & the Bunnymen. Released in 2003, Magic and Medicine was a focused album, with more cohesive songs and a streamlined sound. It hit the top of the U.K. album charts, and the band expanded the scope of its touring by heading to the U.S., Europe, and Japan. While in the middle of all that, they repaired to a small shed in North Wales with Broudie to record what turned out to be a stopgap before their next album. The Nightfreak and the Sons of Becker mini-album explored darker territory than the previous album, and had a lo-fi and experimental sound in comparison. Their next album took a completely different tack, as the group headed into the studio with Portishead's Geoff Barrow and Adrian Utley. Working together, they stripped the band's sound down to the spooky essentials to create a powerfully sparse setting for the band's most impressive songs yet. After the album's release, Ryder-Jones stepped down as a touring member of the band and was replaced by guitarist David McDonnell for the subsequent tour dates that included some with Arctic Monkeys. The band began work on another record, minus Ryder-Jones' participation, but abandoned the project before it could be completed. Instead, they welcomed Ryder-Jones back and began work on their fourth album with producers Broudie and Craig Silvey. The resulting folk-rock and sunshine pop-influenced Roots & Echoes was issued in 2007 and reached the Top Ten of the U.K. album charts. Soon after the record came out, Ryder-Jones left the band for good, citing agoraphobia, depression, and nervous anxiety brought on by being in the group as the reasons. Regrouping as a five-piece, the Coral enlisted legendary producer John Leckie (who had worked with everyone from XTC to Radiohead) to work on their sixth album. Arriving in 2010, Butterfly House was the band's most modern-sounding work to date, with Leckie giving their sunny psych-pop sound a little extra studio gloss. Along with the album proper, the quartet also released an acoustic version, simply titled Butterfly House Acoustic, later in the year. Sessions with Leckie for the band's next album were started at Peter Gabriel's Real World Studio, and they got about halfway through before they decided to go on hiatus. The bandmembers felt like they were running out of gas creatively and wanted to work on other projects. Ian Skelly's Cut from a Star came out quickly in 2012 and James Skelly's Love Undercover followed the next year on the brothers' own Skeleton Key label. Ian also formed the band Serpent Power with former Zutons member Paul Molloy and released a self-titled album in 2014. That same year, Skeleton Key released the album the Coral had nearly finished in 2006. Recorded on an eight-track tape machine, The Curse of Love had a lo-fi psychedelic folk sound and featured 12 songs that had never before seen the light of day. During the process of getting the release together, Skelly decided he had a batch of Coral songs ready to go and the band, minus Southall, reconvened to start making music again. Inspired by the memory of their mentor Willis, who died in a cycling accident in 2014, and the sounds of Can and Hawkwind, the foursome quickly got some songs together. They were joined in the studio by producer Rich Turvey and guitarist Molloy, who added his Stooges-influenced guitar parts, and then stuck around to join the band officially. Distance Inbetween, which was heavier and more '70s-influenced than anything they had previously done, was their first album not to be released by Deltasonic. It came out in 2018 on Ignition Records instead. After a couple years spent playing shows, running Skeleton Key and Parr Street Studios in Liverpool, and, in James Skelly's case, producing the highly regarded indie group Blossoms, the band found time to record its ninth album, 2018's Move Through the Dawn. Working again with Turvey, the band took a step back from the heavy sound of the previous record in favor of something much poppier, inspired by Jeff Lynne's production and the rambling spirit of the Traveling Wilburys. ~ Tim Sendra & Timothy Monger, Rovi