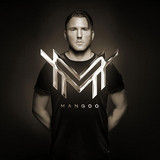 Mattias “Dj Mangoo/Mangoo” Brånn. Born and raised in Uppsala, Sweden had just turned 16 years old when he in 2000 released his culture-classic hit Eurodancer. In 2019 Mangoo, ready for a comeback and with new glow re-entered the scene by collaborating with stars such as

Alan Walker, Mike Perry. The remake of Eurodancer Play reached over 200.000.000 streams within its first year. Mangoo is back in the studio working very hard to release new music for you guys and we hope you want to follow the journey! :) contact: book@melodyenvy.com