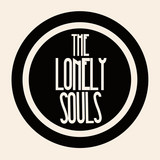 The Lonely Souls - eclectic rock tunesmiths. They are a rock band from Scotland who, consistently create genre challenging music through their, performances, recordings and video's. They have supported Proud Mary, opened the No Mean City festival in Glasgow alongside Gary Moore and Joe Bonamassa, and they have been critically aclaimed in local and national press. The Lonely Souls previous releases continue to have thousands of plays on Spotify, and their song, "You're The One I Think Of At Night" is a popular download on iTunes.   "Comparisons to The Faces or The Band wouldn't be misplaced but at the same time wouldn't be fair to the creativity and craft that The Lonely Souls display as they fuse serious rock blues and soul with humour and over the top Americana." Brian Yule of Johnston Press newspapers.