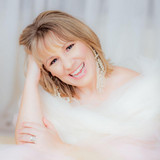 Sarah Taylor Young sings boldy from the five tracks that comprise her debut release, “Victory.” Supported by a strong cast of Music Row veterans, and produced by the highly in-demand team of Eddie Gore and Justyna Kelley, it is adorned by a production that is at once earthy and clean. “Victory” combines the raw bite of banjo with the steely softness of dobro and guitar that swings effortlessly between mighty and sweet. Young came of age surrounded by music and the people who make it. Her father is Grammy-nominated songwriter, Bobby Taylor, who penned hits for Montgomery Gentry, Diamond Rio and scores of others. Young remembers being the first to hear her father’s songs in demo form at the age of 6, months before the rest of the world would hear them on the radio. She was writing her own songs by the time she was 12. In her autobiographical song, “In The Music,” with backing vocals by award winning singer/songwriter and cowriter, Irene Kelley, Young sings, “Daddy gave me a guitar, I learned to play. Just three chords, a pen, a pad, now every day I thank God for the music. It made me who I am and changed my life.” Indeed, each song on “Victory” reads like a prayer of gratitude. And as she perseveres, continuing to write about the signs of grace wherever she finds them, she hopes others’ lives will be touched by the music she makes. Mixed and produced by Eddie Gore and Justyna Kelley Mastered by: Michael Flemming Written By Antsy Mcclain Edited By Justyna Kelley