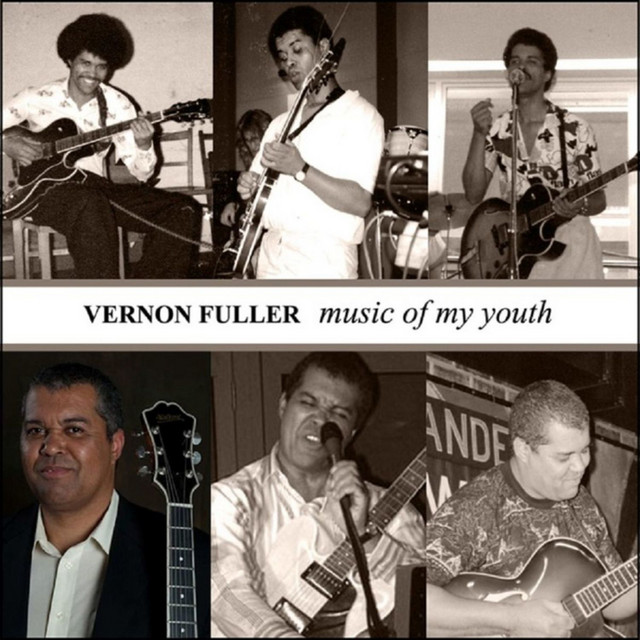 Vernon Fuller's (who has supported Courtney Pine CBE as part of the duo Twin Frets) relationship with the guitar started in London, where he cut his musical teeth in reggae and Jazz Funk outfits, playing venues such as Upstairs at Ronnie Scott's. After moving to the midlands in the late 80's, Vernon became involved in the R'n'B and Jazz Fusion scene, playing regularly at the Rep Theatre Cafe Bar in Birmingham and at the Birmingham Jazz Festival as part of the Bean Machine (Jazz Fusion Band). Influenced by George Benson, Stevie Wonder and War, Vernon, a Londoner, loves to mix jazz, funk and soul into a cocktail of smooth jazz with a hard edge. Vernon loves to sing standards both jazz and soul with a high energy performance. Having played in London funk bands Kayo and Flight UK (think Hi Tension and Light of the World style bands) and midlands R & B soulsters ‘Can’t Play Won’t Play’ (including two-toners Selector’s drummer) as well as Jazz Fusioneers ‘The Bean Machine’. Vernon then moved on to mainstream jazz guitar and vocals and has played at various jazz festivals including Southport, Marlborough, Chester, Nantwich Jazz & Blues , Wigan and Audlem including support for ‘Snake Davis’ with the band ‘Afro Blue’ and also with the sextet ‘So What Now’. Vernon has also supported Geno Washington , Acoustic Alchemy and the Royal Liverpool Philharmonic Orchestra Vernon has played at in-store events for John Lewis in York as well as at both Haydock and Aintree race courses.