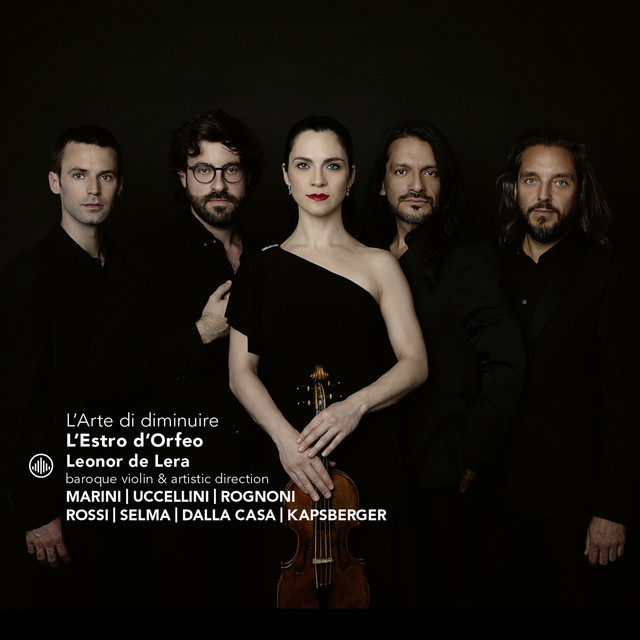 www.lestrodorfeo.com Founded by Leonor de Lera in 2015, L’Estro d’Orfeo has been labelled by the critics as an “ensemble of exceptional quality”. They specialise in instrumental music of the seventeenth century, making use of period instruments and with a historically informed approach in line with the aesthetics of the time. Their purpose is to bring forward the instrumental music that marked the beginning of a new era and a new concept in music: instrumental virtuosity. L’Estro d’Orfeo released their debut CD “Altri Canti d’Amor” in September 2017 under the Dutch label Challenge Classics, which received the "exceptional" seal award from Scherzo magazine and fantastic reviews on some of other leading classical music magazines. Their second CD “L’Arte di diminuire” was released in March 2020 and it has already been awarded "La Clef ResMusica", "Editor's choice" in HighResMusic and several 5***** reviews. Leonor de Lera is the founder, baroque violinist and artistic director of the ensemble; of Spanish-French origin, she was influenced by both cultures from the very beginning. She studied at the Guildhall School of Music and Drama where she specialised in baroque violin, studying with Ms. Rachel Podger. She was then awarded a scholarship to study as a Postgraduate at the Royal Academy of Music, where she continued studying with Ms. Podger’s, until she graduated in 2006. She then continued to develop her skills as a baroque player with renowned violinist Enrico Onofri.