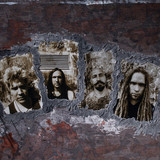 We are Oceanhoarse from Helsinki, Finland and we play heavy fucking metal. Debut album "Dead Reckoning" out NOW! Get it here: https://snd.click/reckoning Oceanhoarse might be a newcomer in the field of heavy metal, but fast and loud they are going to take the scene by storm! The Helsinki-based band with Ben Varon (ex-Amoral) on the guitar, bassist Jyri Helko (Warmen, ex-For The Imperium), Oskari Niemi on drums and vocalist Joonas Kosonen have already been touring widely in Finland, Tokyo, Japan and all around Europe. Without any doubt, the heavy metal group makes a statement against computerized metal music where it's hard to know what's real and what's not: With Oceanhoarse, praised for their wild energy on stage, you'll get what you see, with no backing tracks; but pure, raw and wild - a rarity in the heavy music world these days. In June 2020, Oceanhoarse released The Damage Is Done - LIVE!, an album loaded with 11 straight-in-your-face heavy metal anthems, recorded on an extensive tour supporting Nightwish singer-bassist Marko Hietala. Featured also on the soundtrack of the popular video game Wreckfest, Oceanhoarse's singles have streamed already over two million times only on Spotify. 2021 saw the band moving up a gear with the German label Noble Demon. The debut studio album "Dead Reckoning" was released on August 20th, and is already making all kinds of waves in the metal world. All hail the Oceanhoarse! https://ucm.one/en/oceanhoarse/