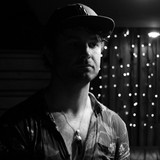 Dedicated to his passion from an early age, Richard Neill has always sought to follow his heart and to produce music of the same nature. Inspired by everyday life and the human experience, Richard converges a multitude of genres and influences to create a gentle yet powerful sound unique to him. With warm vocal tones, powerful melodies, clever instrumentation and the support of his band “The Drunken Midnight Choir”, Richard plans the release of 3 new singles, with official music videos this year. In early 2022, he will be releasing one of his most ambitious videos to date. Shortly followed by the release of his debut album. Working with an incredibly talented and experienced selection of musicians and professionals from the Gold Coast and beyond, Richard seeks to create, record and perform music and art of the highest possible quality, to leave a lasting impression upon his fans. With flavours of folk, rock, blues and americana, partnered with an energetic, dynamic, audience engaging live show. Richard Neill & The Drunken Midnight Choir take their listeners on a journey, as they set out to defy the odds yet again and elevate their place amongst the best in Australian music.