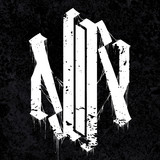 Clandestinely conceived by (former) members of Gigan, WFAHM and The Ocean in 2014, this international collective set out to derive only the most extreme elements of their previous musical endeavors and take them to a much more miserable and punishing level. Seemingly out of nowhere, NIGHTMARER hit the extreme Metal underground with their first EP 'Chasm' in early 2016. The furious whirlwind of low end dissonance, devastating heaviness and majestic walls of sound took the underground by storm and resulted in the 10" vinyl pressing selling out fast. The band’s 2018 full length debut 'Cacophony of Terror' (Season of Mist) and their following appearance on the 2019 edition of the Devastation on the Nation Tour earned them critical acclaim from press and fans alike. Keith Merrow’s (Merrow, Conquering Dystopia) addition to the lineup in the same year only further cemented their reputation as a band to watch closely. After a 2020 single drop, NIGHTMARER are now gearing up for the release of the 'Monolith of Corrosion' EP (August 2021) and a yet untitled, second full length for early 2022, all through the band’s in-house label Total Dissonance Worship.