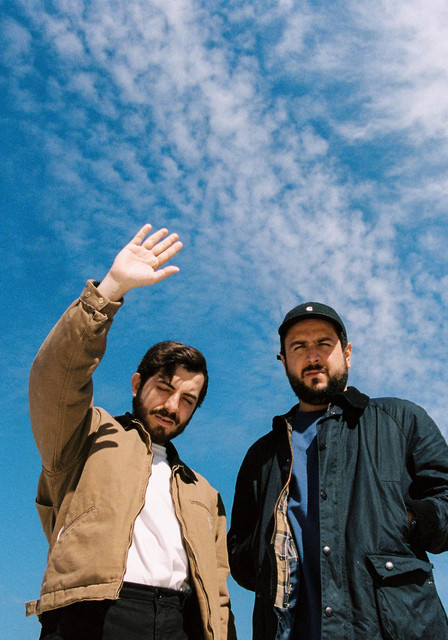 Orlando Fernández and Coco Santos are the headmasters behind this project that originally started out in Monterrey, Nuevo León, México.

This duo started back in 2013 and became significant pioneers in reviving a nostalgic 80’s and 90’s vibe inside the Mexican musical scene. Clubz came to be one of the most innovative and authentic Hispanic artists recognized internationally by music media influencers like THE FADER, Stereogum, to mention a few. Their first album “Texturas” was released on 2014 including 7 tracks exposing a fresh post-pop revival and leveling up the alternative Latin music scene, for this album they earned the Best Pop Album & Best New Artist at IMAS Awards 2015. Back in 2015, the band signed to CANADA EDITORIAL (well known for the direction of music videos for Phoenix, Justice) and released a new EP called “Épocas” containing two tracks and six remixes in collaboration with Extraperlo, El Último Vecino, etc. At IMAS 2016 they earned Best Song Award for “Épocas” which led them to open up for Tame Impala’s Mexico Tour. Recently Orlando & Coco are maintaining their evolution shown in three powerful soulful funky singles like “El Rollo”, “Popscuro” and “Afrika” for their forthcoming album “Destellos” This led them to be a part of the lineup for Primavera Sound 2017 in Barcelona. Clubz continues to be one of the most promising Hispanic projects for the decade and a bold influence inside the alternative pop music scene in Latin America and all across the globe.