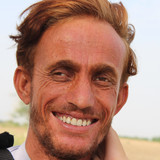 Abdul Raheem ( عبدالرحیم ) is a Pakistani Balochi folk singer-songwriter and Music Artist from Jaffarabad Balochistan. He is famous for his balochi song " Haani ". He is also known as Raheem Baloch. As a Balochi Musician, He write song lyrics, produce vocales and compose songs. He is promoting Traditional Music of Balochistan. Abdul wrote lyrics for popular balochi songs "Kamo Kamo Habar" and "Pur ken de Glassa". He became popular with his title song " Haani ". The song "Haani" hits the records of popularity. Abdul Raheem was born at Jafarabad, Balochistan, Pakistan in 1995. He started singing in 2017 and has no formal music education. He used to upload his songs on YouTube and social media before he was discovered by the Radio Pakistan.His music became popular nationwide when his song Haani was first aired live on national Radio. Abdul Raheem been featured on national newspapers for his lyrics. He perfomed live on "Baloch Culture Day" event 2020 in Quetta. Abdul's new Album " Haani Sheh Mureed " and " "Balochi Nar Sur" expected to release at the end of 2021.