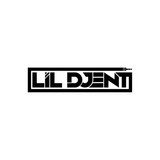 Lil Djent whose real name is Andres Gallo, is a producer, and guitarist based in New York City. Lil Djent was a project which began as Andres found himself traveling more often; with electronic music being an incredible way to keep exploring and making music on the go. This being something much more difficult to do in his previous live music based projects. While growing up, Lil Djent’s Andres played bass, guitar, drums and even harmonica in variety of bands. Early on he played Latin music with his father in NYC based “Grupo Siembra”.

Those were the great times, when he first fell in love with making music.