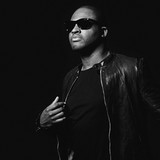 With a career spanning more than a decade of hits, three studio albums, and over 100 million singles sold, Britain’s Taio Cruz is one of a mere handful of contemporary British stars to achieve global domination. From the synth-pop debut album Departure, to spearheading the American Electro-pop explosion with second album Rokstarr - which brought break out hits including the US #1 Break Your Heart and BILLBOARD award winning Dynamite. With collaborations that include Kesha, David Guetta, Kylie Minogue, French Montana, Flo Rida, Ludacris, Jennifer Lopez & Usher to name a few - not only has his career included a plethora of personal hits, but has also loaned his talents to the projects of many of his peers. Writing pop hits including I’m Into You for Jennifer Lopez ft. Lil Wayne and Without You for David Guetta ft Usher, are just a couple of examples. The decade ahead promises to see more quality chart dominating electro pop from one Britains most influential artist-writer-producers.