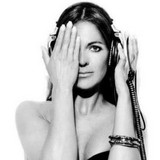 Denise Lopez has a successful career as an artist with more than 500 000 albums sold. She has toured the world and has sold out Tokyo Dome in Japan twice! She was the only Swedish artist to open up for Michael Jackson in Gothenburg, Sweden and was opening act to 50 Cent in Helsinki, Finland.   Denise has worked with prominent producers and song writers such as Max Martin, Andreas Carlsson, Per Magnusson, David Kreuger, Anders Bagge, Derek Bramble (David Bowie & Whitney Houston), Hebie Crichlow, Father Mc, Pras Michel (Fugees) and Michael Feiner among others.   In 1999 she went to Japan to do her show in the Tokyo Dome for two consecutive days, 100 000 people were watching those shows.   In august of 2007 she teamed up with Grammy-winning recording artist Pras Michel (The Fugees) and released ”Turn you on”, layered with her sassy vocals and Pras Michel’s signature fluid rap style. Turn you on is written and produced by Pras Michel. After nine weeks on the Swedish single chart, ”Turn you on” went No.2. Furthermore, Denise was nominated top 150 Djane in the world by the magazine djanemag.com. Denise Lopez released four new singles during 2016/ 2017. Apart from that Denise as well celebrates 25 years as an artist 2018. Her latest single ’Dare To Change The World’ feat Mc Lyte that is out now!