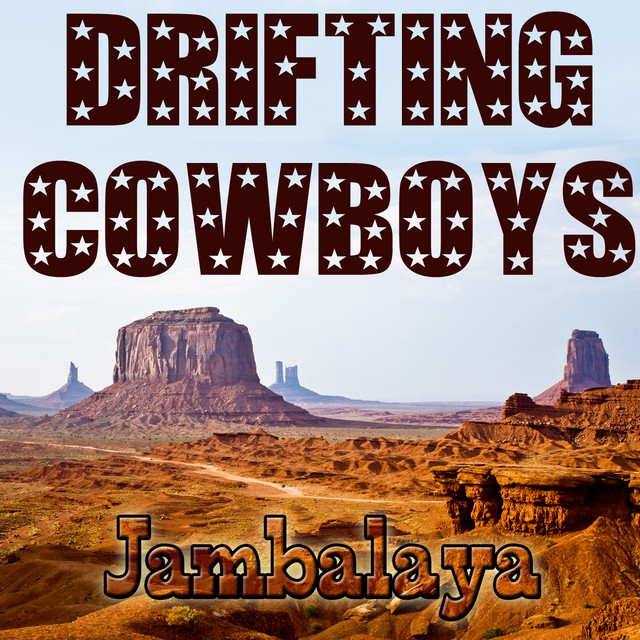 Country star Hank Williams had been using the name the Drifting Cowboys since the late 30s, and he employed an existing group, the Alabama Rhythm Boys, as the Drifting Cowboys in 1943. The line-up only became consistent after Hank Williams appeared at the Grand Ole Opry in 1949 and realized the need for a permanent band. He employed Jerry Rivers (b. 25 August 1928, Miami, Florida, USA, d. 4 October 1996, Hermitage, Tennessee, USA; fiddle), Bob McNett (b. 16 October 1925, Roaring Branch, Pennsylvania, USA; guitar), Hillous Butrum (b. 21 April 1928, Lafayette, Tennessee, USA, d. 27 April 2002, Nashville, Tennessee; bass) and Don Helms (b. 28 February 1927, New Brockton, Alabama, USA; steel guitar). There were no drums as the instrument was not favoured in country circles. In 1951, McNett and Butrum were replaced, respectively, by Sammy Pruett, who had been in the Alabama Rhythm Boys with Helms, and Howard Watts. Williams used the Drifting Cowboys on his sessions, sometimes augmenting the musicians with Chet Atkins. His simply chorded songs did not need elaborate embellishment, and the Drifting Cowboys’ backings perfectly complemented the material. The group disbanded after Williams’ death. Helms worked with the Wilburn Brothers and formed the powerful Wil-Helm Agency. Helms and Rivers also worked in Hank Williams Jnr.’s band, the Cheatin’ Hearts. Rivers wrote a biography Hank Williams - From Life To Legend (Denver, 1967/updated in 1980). In 1976 the original line-up re-formed for radio shows with compere Grant Turner and comedian the Duke of Paducah. They had a minor success with ‘Rag Mop’ and recorded a tribute to Hank Williams, ‘If The Good Lord’s Willing’. Hank Williams Jnr. and Don Helms recorded a duet, ‘The Ballad Of Hank Williams’, which was based on ‘The Battle Of New Orleans’ and indicated how volatile Williams was. The Drifting Cowboys first appeared in the UK in 1979, and in 1991 appeared at Wembley’s country music festival with Williams’ illegitimate daughter, Jett Williams.