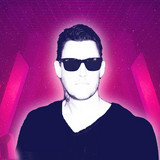 Niels Van Gogh has been traveling for years in the club scene all around the world. He plays on all continents and on the big festivals like Nature One, World Club Dome or Tomorrowland ! With "Pulverturm" he has produced one of the biggest club hits, for which he was gold awarded. His remix for Delerium - Silence was number 1 in the club szene and got a Beatport Award for "Best Progressive House Track". He gets regularly support for his releases from Hardwell, Don Diablo, Tiesto, David Guetta, Dimitri Vegas & Like Mike or The Chainsmokers. Within a few years "Pulverturm" become a club classic and 2019 was time for a rework. "Pulverturm" rework was released on Musical Freedom / Spinnin` with a massive Tiesto Remix. The remix went straight on No 1 of the international club charts ! At the moment Niels is working in the studio and preparing many new tracks. Just stay connected, the new releases will be out soon.