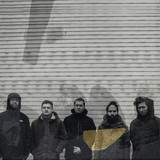 The Cake Is A Lie

Featuring The Cake Is A Lie

The Cake Is A Lie is an upcoming melodic hardcore band from Germany with national and international touring experience. During the last three years, they released two Ep’s titled “No longer slaves” and “Beyond the ocean”. The second one was presented with a ten days tour in November 2017 (Germany, Czech Republic, and Hungary) and a 17 shows tour in the USA and Canada in July 2018.   In August 2019 they released their first full-length album titled "Torn".   The music can be described as emotional melodic hardcore with the intention of sharing the passion for music and people. It is more than a concert. It is a lifestyle of creating an environment where you can be yourself without any judgments.