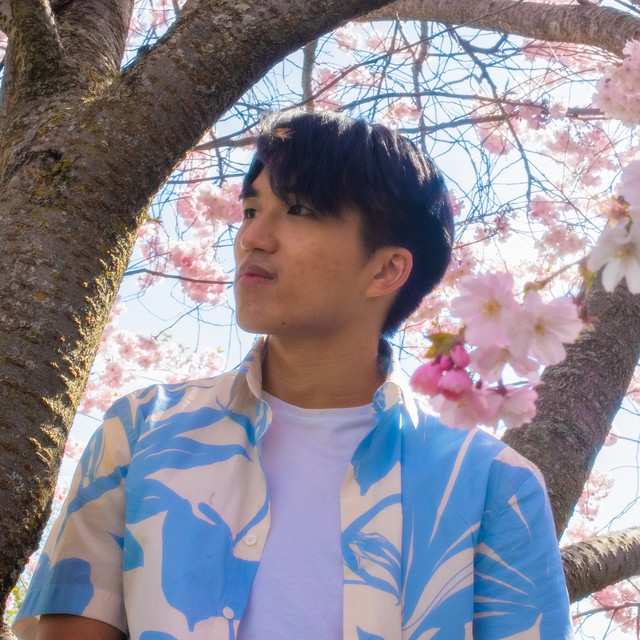 Hi! Just a little about me: Like many Korean households, I was strongly encouraged to learn the violin as a kid. Fast forward to college, that ended up as my major. I only did it because I was good at it and didn’t know what I wanted to do with my life. I don’t know how I graduated because halfway through, I really wanted to quit. At the time, the band I was in broke up, and my girlfriend broke up with me too. To get through all of that, I started writing songs on my guitar, but couldn’t find anyone to sing my songs. So I looked for my inner Thanos and said “Fine, I’ll do it myself”. After graduating, I moved to Toronto and on my 5th day there, I met Sean (guitar) at an open mic. Later that year, I met Michael (drummer) at a talent show and he introduced me to his brother Jonathan (bass). Now they’re a part of the Peach Luffe project as songwriters, producers and live performers. We’ve released 2 EP's so far. In July 2020, we released Shimmer EP and followed that with our November 2020 Bloom EP. We’re pretty happy about that. As for the name? Peach because I like peaches, and Luffe is because I like Luffy from One Piece.