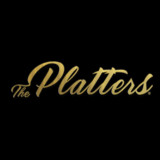 In 1953, bass singer Herb Reed founded and named Diamond, Rock & Roll, Vocal, and Grammy® Halls of Fame group, The Platters. In 1955, Tony Williams, Paul Robi, David Lynch, and Zola Taylor replaced original members Joe Jefferson, Cornell Gunter (who would later form The Coasters) and Alex Hodge. Their departure enabled The Platters to debut on the national music charts with "Only You (And You Alone)," enabling Reed to hold the distinction of being the only continuous original member of the group. Considered the most romantic of all the early rock & roll groups (that is, the ultimate in "make- out music"), hit after hit came tumbling forth in a seemingly effortless manner. With an evolving cast performing "The Great Pretender," "My Prayer," "Twilight Time," "Smoke Gets in Your Eyes," "Harbor Lights," With This Ring, Washed Ashore" and many more established The Platters as the classiest, groundbreaking vocal group of the early rock & roll era. The rich vocal and historical tradition that is The Platters is unmistakable, making its timeless melodies relevant to fans all over the world. The Platters vocal evolution continues today through the crisp, vocal stylings of members Brian McIntosh, Lance Bernard Bryant, Leslie Grate, and Omar Ross singing the timeless hits and more accompanied by Music Director Michael Larson.