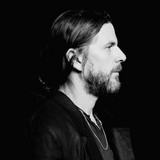 Critically-acclaimed artist, multi-instrumentalist and producer (Father John Misty, Laura Marling, Dawes) Jonathan Wilson returns with the first new music since his sprawling 2018 opus Rare Birds. Today he unveils “So Alive” and double A-side “Skinny Legs” which were recorded earlier this year in Nashville, TN. “’So Alive’ is a rumination on a love that arrived perfectly in tune and on time, a reunion really, as the song says that is both familiar and ‘from the unreal” Wilson says. “I sing that there are angels still among us, I believe that wholeheartedly…It was one of the first things we cut with Mark O Connor, Dennis Crouch, and the rest of the band. We cut it all live at Cowboy Jack Clement’s Sound Emporium Studio, nothing is overdubbed on the track.” For this new music, Wilson went back to his roots and the music he fell in love with while growing up in North Carolina. Joined

by the legendary musicians that include Mark O’Connor (fiddle/guitar) and Dennis Crouch (upright bass) among his eight piece band, Wilson showcased his trademark sonic density and complexity paying homage to Country, Bluegrass & Americana. This new body of work has recaptured Wilson’s innate love of American music and brings it all home after years of endless touring and life spent on the road, most recently as guitarist and singer with Roger Waters.