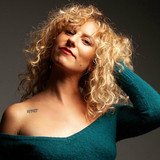 FUSION OF TENDER FOLK ROCK WITH ELECTRONIC DARK POP Maya Isac is a singer songwriter originally from Maayan Baruch, Israel, with South African roots. She initially made a name for herself performing throughout Israel with her guitar, capturing the ears of many with her unique voice and vulnerable presence. Her debut album 'Safe & Sound', which was independently released in 2011, reached Gold Record in Israel, receiving high rotation on radio and peaking on charts. She was named 'Best New Artist' 2012 in Israel. Her second album 'All Of The Miles' was released in August 2015 to much acclaim from critics and music connoisseurs alike. Produced by Brooklyn based musician J. Viewz. It won The Akademia award in the US for Best Folk Album 2016. Over the past few years Maya has been based in New York, where she toured throughout the United States, appearing in clubs and music Festivals such as; Mountain Jam, SXSW, Sziget Festival and more. Her new EP 'Sparkle', released 2019, is a collaboration with the artist and producer Tomer Yosef (Balkan Beat Box). It brings a fresh new vibe and flavour to her music and live show, revealing Maya's evolution as an artist and performer. Combining her folk roots with electronic dark pop.