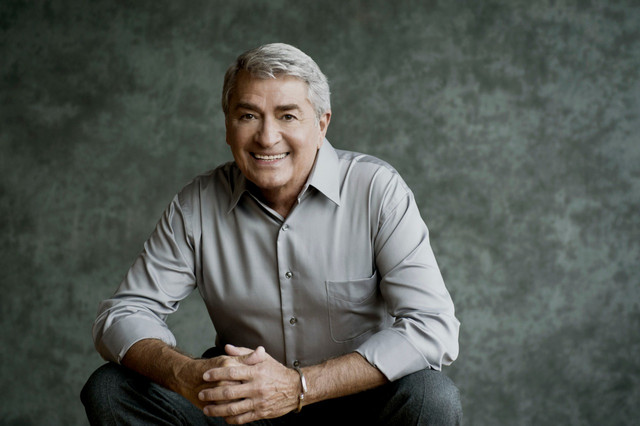 Famous for his television performances as well as his studio recordings, Michel Louvain is a Canadian pop singer who rose to fame in the late ‘50s and remained popular throughout the remainder of the century and beyond. Born Michel Poulin on July 12, 1937, in Thetford Mines, Quebec, he made his television debut on the CBC show Gala des Splendeurs in 1957, and subsequently made his recording debut with "Buenas Noches Mi Amor" later in the year. "Buenas Noches Mi Amor" was a big hit for Louvain, who made his full-length album debut in 1958 on the Apex label. Louvain continued releasing albums consistently throughout the '60s, and though his album output during the ‘70s and ‘80s was more sporadic, he remained active and enduringly popular. From the '90s onward, he was less active yet still released new material from time to time; for instance, the latter-day album Je N'ai Pas Changé proved quite successful upon its release in 2011. Many of Louvain's best-known hits are compiled on the compilation L'Anthologie: 50 Chansons (2007), including "Un Certain Sourire," "La Dame en Bleu," "Louise," and "Sylvie." ~ Jason Birchmeier